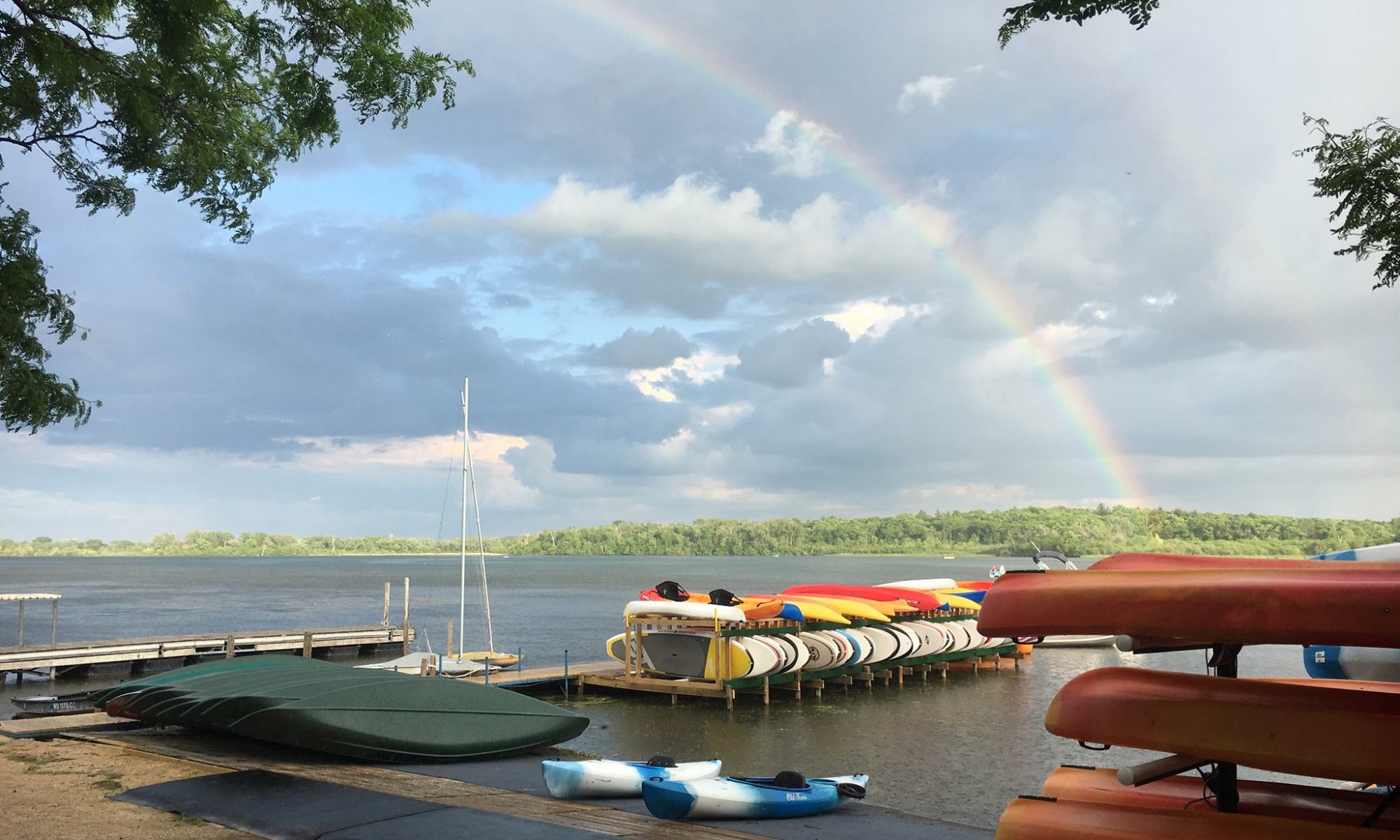 Family and business work hand in hand when life is lived on the lake. While the people have changed and grown old through the years, connecting families and making memories has been at the core of Madison Boat’s values forever.

“It’s always been a family business run by a family,” said Tyler Leeper, general manager of Marshall Boats and president of Madison Boats. Tyler bought the business in 2005 after the previous owners had moved on; he’s worked here since he was 14 years old and all throughout college. His sister and brother had already began working with him, his mom went from school teacher to camp director and his dad helps out too – everyone gets involved.

“The reason that we all stay involved is because we get to help so many families connect to each other and have really powerful experiences together. We even look at our employees as part of our family,” Leeper added. “We’re here to serve your family and continue to support our family by creating quality experiences for all of us, whether as staff or as a customer. It’s very important on both levels that it’s a lifestyle business that really gives us a better quality of life.”

Madison Boats has three locations: Wingra Boats, Brittingham Boats (on Lake Monona) and Marshall Boats (on Lake Mendota). The Leepers have continued to develop a strong sense of community through their boathouses and lake activities such as a full moon paddle, lake side yoga and an ice cream boat float. They’ve celebrated birthday parties with members of the community, organized seasonal holiday events, worked with University classes and even hosted graduation parties. From customer appreciation days and company picnics to creating a Veterans fishing program and working with the Boys and Girls Club, Madison Boats loves doing anything they can to get people out on the water.

“The customers become part of our community, part of our friends. We don’t look at them as customers because we’re in very much a community building, community supporting business, and I think we’re quite unique around that,” Leeper said. All other boating related businesses are based on either tourists, a one-time customer, or skill based activities, where people are there to learn or go on excursions. “I believe that our boathouse has continued to grow, people continue to come back time and time again, because we’re more interested in the people and the experiences than the equipment or the skill. I think that’s a pretty important difference,” said Leeper.

Something they’re especially proud of is Camp Wingra, a program for kids to come and learn how to fish, paddle and enjoy many other aspects of lake life.

“Our camps have now been running since 2007,” said Summer Jarosky, sister of Tyler and general manager for Wingra Boats. “We’ve had campers transition from camp to a crew position, work Wingra’s crew for a couple years, then actually stepping into being a camp counselor. I think it’s a really cool progression to see going from first time fishing, as a first and second grader, to then working crew and actually giving back. We now have quite a few campers on our actual crew staff, that’s pretty exciting to see that transition.”

As they’ve been doing for years, Madison Boats continues to grow by employing brothers and sisters of their crew. “We like families, so what’s a better recommendation than a sibling saying hire my other sibling, I would actually like to work with them,” said Jarosky. This is how current UW-Madison sophomore, Andrea Tipple, got her job as a Wingra crew member: because of her sister.

“Last summer I switched to being a camp counselor for Camp Wingra and it was just the best decision ever,” Andrea Tipple said. “It gets you outside and that’s what I love about Wingra in general.” A typical camp day for Tipple includes setting up, welcoming new campers, explaining water safety and then getting in the lake. Groups will kayak and canoe, play in the fields, paddle, fish and swim. “I just loved being on the water,” said Jett Beere, a Wingra Boats crew member during summer of 2017. “I biked every morning to Wingra, played a lot of Frisbee with the campers and I feel like I became close with many of the members.”

“I’ve gotten to know a lot of the families in the Monroe Street area,” Tipple said. “There’s this one boy who is there all the time and his mom is the nicest person ever and everyone knows them. Even when there’s newer people it’s really cool because you can show off how connected the area is.”

“You can paddle around the whole lake in an hour but the fact that people come here over and over for 20 years in a row, coming down here multiple times a week, means that there’s something really special here,” Leeper said.

Madison Boats has seen a big trend over the last 20 years of people moving outdoors, wanting to be outside and make an active and conscious decision to get out and search for fun activities. “The stand-up paddle board interest has definitely fueled a lot of attention,” Leeper said. “Even if people don’t go paddle boarding, it does help trigger the ‘I should get outside and get going’ and that’s been a wonderful trend.”

In 2013 Madison Boats reopened a boathouse on Lake Monona in Brittingham Park. Before Brittingham Boats opened this was not necessarily a safe space for people to hangout. “To us that’s kind of the perfect opportunity to redevelop, put your own stamp on it and really turn it around,” said Stephan Reinke. “We have people that buy our membership, so they can go boating all summer, that don’t even use it just because they want to support the boathouse.”

“Before Brittingham, just five, six years ago, you would see a couple of boats out there, primarily speedboats, motor boats, fishing boats, and then a couple people in their nice kayaks,” Jarosky said. “But now driving in, if it is a sunny, warm day, it is just swamped with boats. It’s really cool just to see groups of friends just kind of all linked up and sitting sunbathing in front of the Monona Terrace, swimming around, jumping off of paddleboards. It’s really changed that drive in to make us seem like a city that it revolves around lake life.”

Immediately bringing new life to the neighborhood, The Wisconsin State Journal documented how quickly this area has become a point of pride for the Monona Bay neighborhood. According to their article in 2013, “Madison police have seen a significant drop in calls for service to the park. Last year by the end of September there were 175 calls, and this year there have been only 65 in the same period,” they noted. “In terms of revitalizing the area, Leeper said it’s important to have activities that not only draw people to the park, but keep them in the park rather than just ‘passing through’ on the bike path,” the article states.

Their entire team is incredibly proud that they’ve been able to affect so much change. These lakes and greenspaces provide the opportunity for families to spend quality time together – a valuable contribution to the community and something they hope will always continue being celebrated in Madison.

Tyler Leeper, Summer Jarosky and Stephan Reinke – general managers of all Madison Boats locations – have played and worked on lakes their entire lives, a very integral part of their childhoods that affected their future and careers. For Tyler, his favorite activity on the water is fishing.

“I'm a pretty bad fisherman, I usually don’t even have the right lure tied on or the right bait, but it gives me an excuse to get out,” Leeper said. “During the summer, we're so focused on helping other people out that unless I have someone that I'm taking out, a friend or something else, I usually don't go out on my own unless I have a good reason. For me, fishing seems like a way to justify that time out on the water and I rarely catch anything at all.”

For Summer, she really enjoys just getting out on the water. “Taking a book out on a kayak, a paddleboard, anything – it’s great,” said Jarosky. And for Stephan, his earliest lake memories happened right here in Madison. “I took swimming lessons here on Lake Wingra at Vilas Beach when I was three years old,” he concluded.