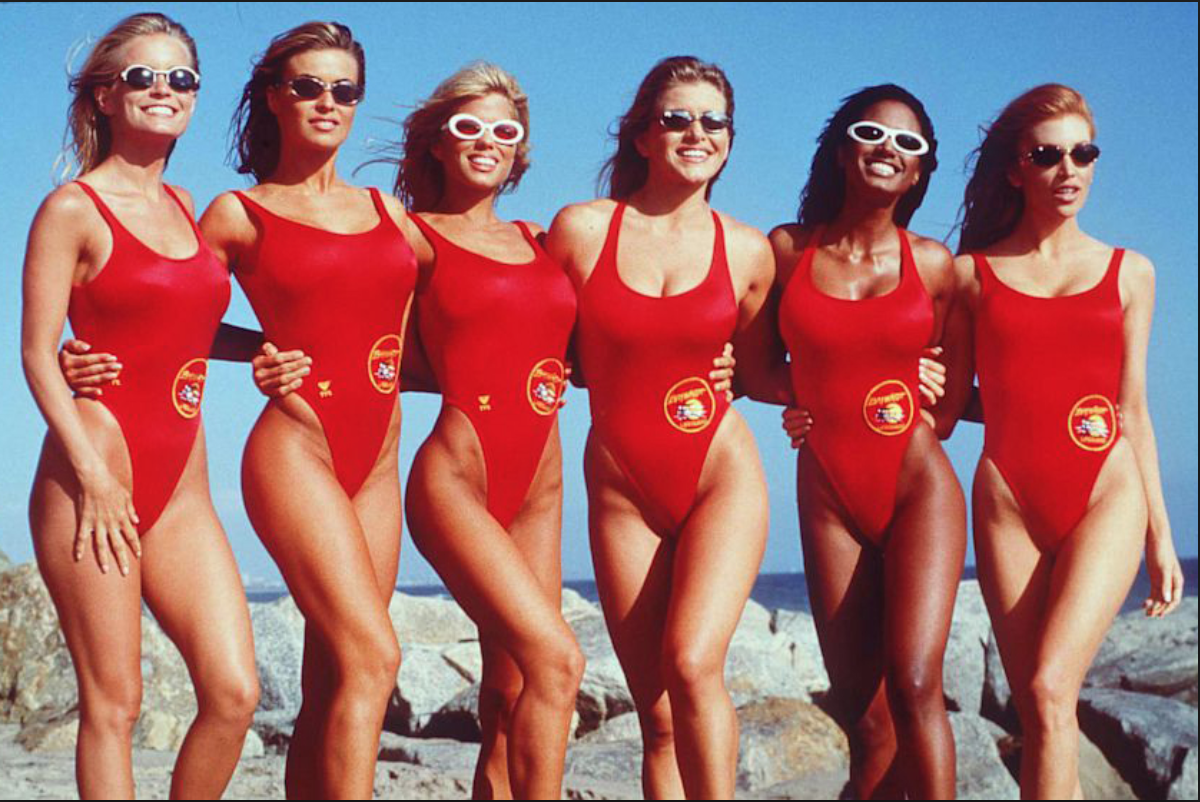 The history of swimwear fashion mirrors in many ways the history of fashion itself. The Smithsonian notes that the first depiction of swimwear for women appeared in writing in 1687. In that time, women wore stiff, layered dresses. Later, in 1829, the first painting of women in swimwear appears. “Mermaids at Brighton” by William Heath shows women in large, complex bathing gowns that are as unwieldy as they are unfitting.

As the Smithsonian writes, “In the mid-19th century and into the early 20th century, bathing dresses continued to cover most of the female figure. Bloomers, popularized by one Amelia Bloomer, were adapted for the water and worn with tunics, all of which were made from heavy, flannel or wool fabric that would weigh down the wearer, not quite convenient for negotiating the surf.”

In Wisconsin, swimwear attire mirrored that of the nation more generally. The photo below shows swimwear attire in 1919 changing for women as they pose at the edge of a lake. Although the suits are still more dresses than swimsuits, the hem is rising and the neckline is lowering, signaling a growing acceptance of women’s bodies.

Change is more dramatic in the middle of the 20th century for women in Wisconsin. Below is a photo of the wild disparity between swimwear in 1903 and swimwear in 1944. On right is a woman in 1903 swimwear attire, not dissimilar from that worn by women in “Mermaids at Brighton.” On the left is a woman in the new, 1944 swimwear fashion: more form fitting, higher crop, no sleeves.

Style continues to change in each decade. Below is a photo of a swimsuit display in the Hub Clothing Store window at 22 West Mifflin Street from 1954. Copying the fashion of the 50s, these swimsuits are chic, revealing and fun.

The two piece swimsuit – a revolution for women’s fashion and body acceptance – appeared soon thereafter. Below is a photo from 1965 of women and men on the shore of a beach in Wisconsin. Although the woman in the middle wears a form-fitting one piece, the woman to her left is wearing the new two-piece bathing suit.

Today, swimwear fashion for women is incredibly diverse: one pieces and two pieces, with a myriad of styles, colors, cuts, and trims, are all acceptable and can be seen every weekend at the Union during the summer. But, it should be noted, men never went through this slow transformation from bathing gowns to swim shorts. As evidence, below is a photo from 1935 of a Wisconsin man wearing shorts with a provocative 3” inseam and far more risque than anything worn by women in the 1930s.