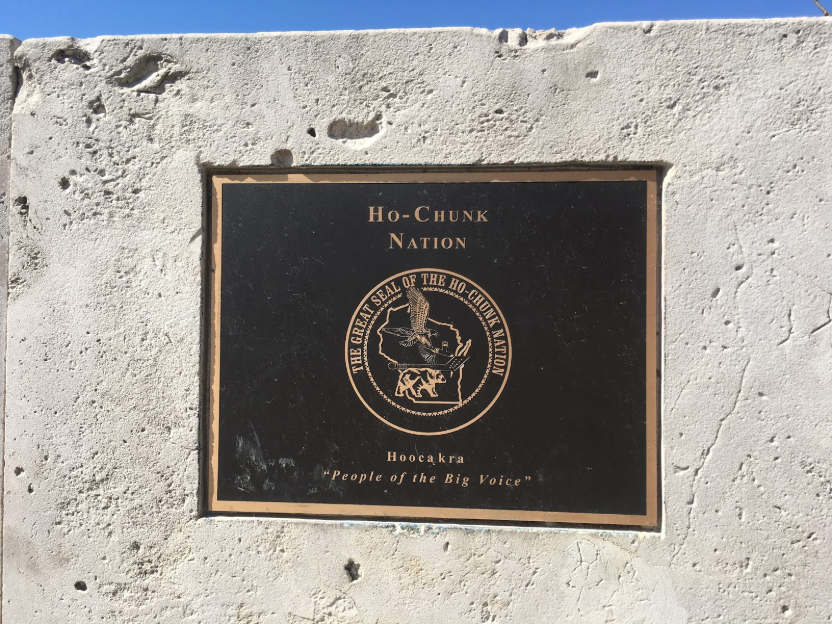 Lake Mendota in Hocąk — the Ho-Chunk tribe’s language — is Waaksikhomik, which means “where the man lies.” This name derives from a Ho-Chunk legend of a young man who fell in love with a water spirit that lived in the lake. He transformed himself into a fish to be able to live in the water, in order to be with his love.

UW-Madison is located beside Lake Mendota, but this romantic legend may not be widely known to UW-Madison students.

The ethnic cleansing of the land that UW-Madison is on has not been informed enough, according to Omar Poler, an outreach specialist for the UW-Madison Information School. Poler works primarily with tribal librarians, archivists and curators around the Western Great Lakes. Poler is an enrolled member of the Sokaogon Chippewa tribal community.

“In terms of academic resources, I think, we as an institution failed in our responsibility to tell the truth in this place,” Poler said.

Native Americans lived in the Madison area before European settlers came, according to John Magnuson, a professor emeritus and director emeritus of the Center for Limnology interested in the history of Lake Mendota.

“There was a large concentration of Native Americans in this area,” Magnuson said. “They were here and they utilized the lake and the marshes around the lake for food source and fuel source, ” Magnuson said. “And there were mounds all across campus. Madison is one of the areas in North America where the earthen mounds are more abundant than anywhere else.”

Archaeologist Charles E. Brown referred to Madison as “Mound City”, according to Spirits of Earth: The Effigy Mound Landscape of Madison and the Four Lakes, a book written by Robert Birmingham.

“Europeans started the farm. Then, there were some very famous and unfortunate battles between the Europeans and the Native Americans that played out right on the campus,” Magnuson said.

According to Magnuson, there is a plaque near UW-Madison’s Social Science building about the people who were chased by the U.S. Army. The army ended up trying to remove them out of Wisconsin.

The Indian Removal Act of the 19th century said all Native Americans east of the Mississippi must be relocated west of the Mississippi River, according to Aaron Bird Bear, the Assistant Dean of UW-Madison’s School of Education who oversees American Indian Curriculum Services. Also as an important identity of Bird Bear’s, he belongs to the Mandan, Hidatsa, and Arikara Nation, which is what is called “North and South Dakota” today in the United States.

“From a Native American perspective, the expansion or the colonization of the Great Lakes is a violent affair,” Bird Bear said. “It’s a very violent affair involving military campaigns and the funding of this institution is related to the land base that they used to have to give away under forced by the state, or by swindling or trickery or other means the United States did to dispossess Native Americans’ land.”

How UW-Madison was funded was through the dispossession of land for the Native Americans, according to Bird Bear.

Nonetheless, during the era of removal, the Ho-Chunk did not want to leave their beloved homeland — the Four Lakes area. According to Poler, the Ho-Chunk kept coming back to this area, which is Madison today, because they have a spiritual connection to the land.

According to Poler, there are many dramatic stories of what Ho-Chunk people did in that removal era to return home, such as being loaded into boxcars to come back to the Four Lakes area.

“It really is the most powerful story of this place, which is the Ho-Chunk’s resistance to removal, and their connection and love for this land,” Poler said. “But nobody knows that story here, at one of the most world-renowned research institutions, where people study neutrinos passing through the planet and dark energy. Nobody knows the story of this place.”

“The government tried to move them out of their homes and they returned,” Bird Bear said.

The Ho-Chunk would not be removed from their ancestral home, despite the U.S. and state governments’ 42-year effort to remove them from this space, according to Bird Bear.

“We are on a Ho-Chunk ceded territory, the territory that was ceded in the Treaty of 1832. No matter where you are in the United States, and especially here in Wisconsin, you’re on a ceded territory.” Poler said.

Morgan Spohn, a Ho-Chunk citizen who grew up in Minnesota, is also a UW-Madison junior, who felt connected to the land of Madison area immediately when he arrived on campus for the first time.

“When I initially came to campus, I think that I almost felt at home. Maybe it is because I have learned that this area is historic, like Bascom Hill is a burial mound. But I did feel more comfortable on campus,” Spohn said.

Spohn also said that he now has a connection with the lakes, though he had been afraid of water for a long time.

“I kind of knew the water in general was always a very vital part of the Ho-Chunk mystery,” Spohn said. “Water was always like a big promenade-like spot for the Ho-Chunk people, so it was kind of weird that I kind of hated the water for a long time, because I didn’t know how to swim and I was kind of afraid of it. But then, I learned about it and I started to love it. So yeah, I’m always on the water whenever I can now.”

On the other hand, there is also progress in the storytelling of the untold stories. Recently, a new plaque to be put on Bascom Hall, which was approved by both UW-Madison and Ho-Chunk Nation, will recognize the historical story of removing Ho-Chunk.

According to Poler, the word “ethnic cleansing” will be explicitly used on the plaque.

Bird Bear said UW-Madison has responsibility in helping its students and community understand the complex history of this land.

“Although United States has been an aggressive colonizing nation from the very beginning, with slavery as a mechanism of economic development in Native American land, and dispossession as a fundamental component of the creation the United States. Today, we’re still slowly becoming more and more inclusive,” Bird Bear said. “This sign helps us understand how we’ve become more inclusive.”

“I think that for the most part the relationship between the University of Wisconsin-Madison and the Ho-Chunk Nation wasn’t good for a very long time, but it’s getting better now,” Spohn said. “And now the university is showing initiative to improve it. I think that’s just cool in general.”

According to Bird Bear, the healing process for Native Americans following the difficult history between UW-Madison and the Ho-Chunk Nation, as well as United States and the Native Americans, has just begun.

“Now we still have a few more signs to make as part of this town of helping our campus community learn about the depth of relationship with the Nation that we have ongoing today,” Bird Bear said.

The Ho-Chunk refer to the Four Lakes in Madison as “Dejope,” though in Hocąk, they spell it “Teejóp”. And they see the Four Lakes as one system, instead of four different lakes, because these four lakes are connected by the Yahara River. The Ho-Chunk is known as “people of the big voice,” because the Ho-Chunk language is the parent language of Siouan language family.

The Ho-Chunk had been living by the Four Lakes before European settlers came to America. There are many stories, histories and memories of the Madison Ho-Chunk tribe that are not known to us yet.