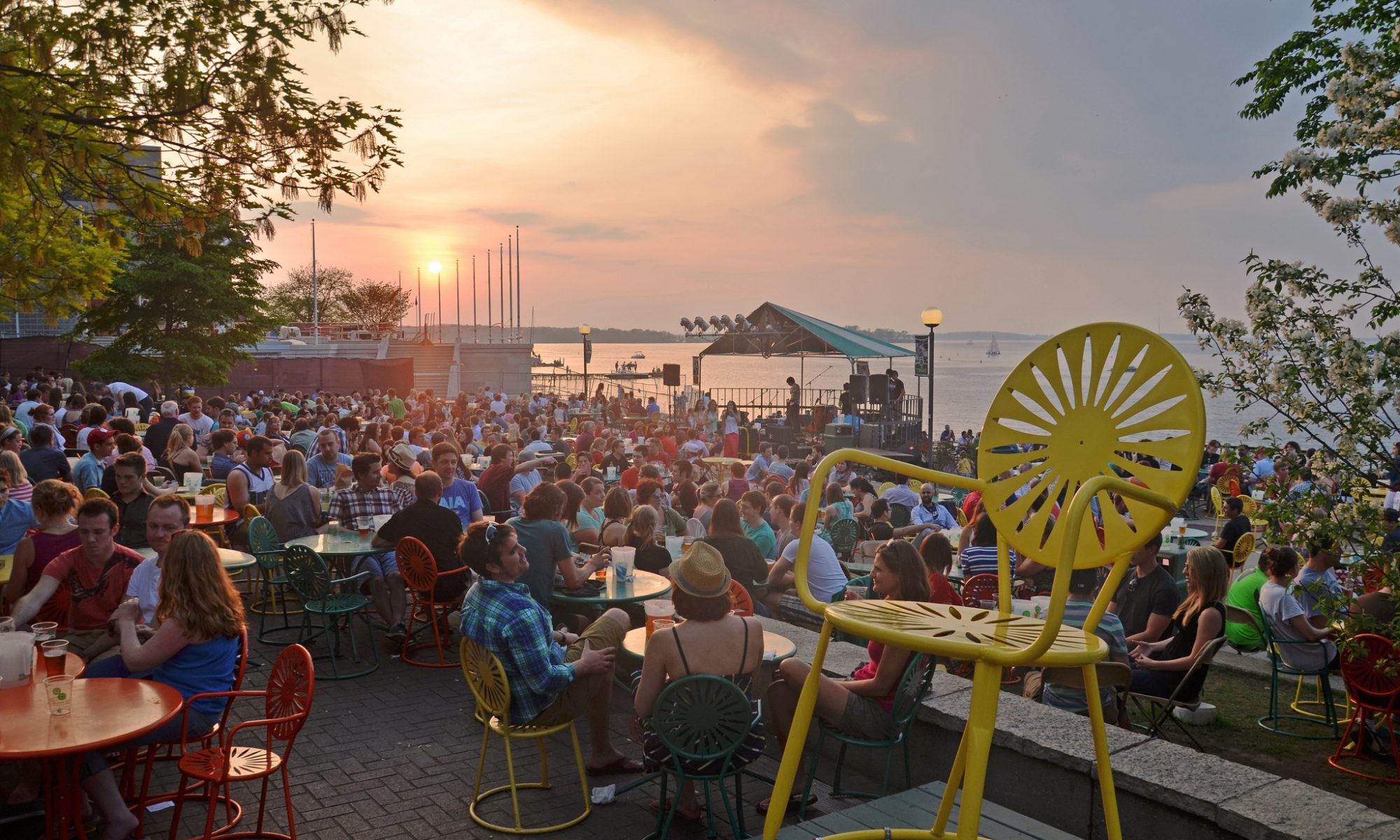 It’s finals season and UW-Madison students are headed to the Memorial Union Terrace to take a well-needed study break. The sun is just starting to set, every signature terrace chair is filled and the smell of Wisconsin beer is lingering in the air.

However, the aroma of alcoholic drinks is not the only thing lingering at UW and at college campuses across the country.

Instead, the consequences of excessive drinking last longer than any hangover.

According to a study done by the National Institute on Alcohol Abuse and Alcoholism, 12.5 percent of college students ages 18–22 reported heavy alcohol use in the past month. In addition, 1,825 college students between the ages of 18 and 24 die from alcohol-related unintentional injuries.

Similarly, a study conducted by Injury Prevention suggests alcohol is widely used in association with recreational aquatic activity, and is an important risk factor for injuries and death associated with lake activities.

Sailboats line up against the docks next to the Union. Photo from Creative Commons.

Attitudes about alcohol and commonality of alcohol use in any given area are strong indicators of potential water-related injuries. Because of UW-Madison’s “party school” reputation, encouraging responsible drinking near the lake is an ideal that Terrace staff emphasize for both visitors and students.

“We want everyone who comes within our space, whether they choose to consume adult beverages or not, to feel like the Wisconsin Union is home for them,” said Shauna Breneman, Wisconsin Union communications director. “For us, that means creating a safe environment.”

Breneman argues Memorial Union is dedicated to adhering to state drinking laws and drinking policies established by the Wisconsin Union to ensure that students and other terrace visitors are not being put at risk.

“Each one of our dining team members undergoes extensive training related to serving beverages at the union,” Breneman said. “In addition, our building managers frequently circulate throughout our property to ensure that everyone is safe and that everyone is following policies and procedures and, of course, state laws.”

According to Jennifer Rabas, the alcohol, tobacco and other drugs prevention coordinator at University Health Services, UW-Madison is slightly above the national average for high-risk drinking.

“Madison is an isthmus surrounded by water on two sides, and the university is kind of in the middle of [the isthmus], and there’s over 200 liquor licenses within a three mile radius,” Rabas said. “And that’s with water on two sides. So if you think about that, that’s a pretty pervasive culture.”

Rabas and her UHS colleagues are dedicated to reducing the amount of high-risk drinking on campus. She said part of their goal is to avoid potentially dangerous incidents that can arise from drinking on or near a lake.

“We take it seriously and have made some progress towards reducing that high-risk number,” Rabas said. “There’s been a huge campaign about not drinking and driving, and we’ve seen numbers decrease since the 80s. But when you think of boating, water sports, things like that, there hasn’t been so much of a push to concentrate on that area.”

Memorial Union employee training ensures that students under 21 are not drinking alcoholic beverages, even when visiting the Union with a parent.

Rabas was supportive of the practices enforced at Memorial Union to create a safer drinking environment. She said the Union is trying to “set the standard” as one of Madison’s largest bars located near the lake.

“The Union really changed a lot of their practices around making sure that they’re carding at points of sale, making sure they’re doing walkthroughs so no one’s giving alcohol to someone underage, so really trying to be the gold standard of what it is to serve alcohol,” Rabas said.

Rabas said that because drinking can cause impaired judgment, ensuring that students are drinking responsibly is a top priority.

To prevent dangerous incidents from occurring at the Memorial Union, the staff works to prioritize safe drinking on the union terrace. The Wisconsin Union has upgraded their technology to better monitor underage and unsafe drinking both indoors and on the terrace.

According to Breneman, the Union uses devices at each sale where adult beverages are sold. Within the device is a directory of every state license, so the licenses scanned through the device can be compared with licenses registered in the system. This process ensures that every patron choosing to drink alcoholic beverages is 21 and that their ID is real.

Lani Bohm, student supervisor in the Rathskeller at Memorial Union, also uses her personal judgment to ensure that no underage drinking takes place.

“If the patron appears to be younger than my parents – my own personal rule of thumb – I ask them for their drivers license or ID,” Bohm said. “If they are younger than 30 years old, or if the ID appears to be fake or not that same person, I scan the ID through our scanners.”

Bohm said the safety of terrace-goers is the main reason behind why the Union has taken action to encourage safe drinking. Her fellow Union employees are well-aware of the potential risks associated with drinking near the lake, especially in a college town. The preventative measures are not meant to deter people from coming to the terrace, but instead to promote safety, she said.

“I think it’s important [to enforce drinking policies at the Union] because of how popular the Terrace is, and because of the wide range of ages that hang out there. Because it’s on a lake, there are safety hazards, so in order to keep the Terrace as fun and successful as it is, it’s important to follow the rules.”

Because the Memorial Union employs students, much of the pressure to maintain a safe drinking environment falls into their hands. This is a responsibility that some students forego, in an effort to avoid embarrassing fellow Badgers.

“Each time a patron orders alcohol, I ask them to show their Wisconsin Union membership card or Wiscard,” Bohm said. “Since the Union is a membership organization as stated by the Union’s alcohol license, patrons technically cannot be served alcohol without one of these things.”

Over the last year, Bohm has also become more accustomed to identifying fake IDs or questioning visitors who appear to be under the age of 21.

“I have become comfortable with [checking IDs] because the first few times I caught someone using a fake, it taught me that it doesn't have to be a mean or scary thing,” Bohm said. “I just talk to them normally and say hey this is fake. You're not getting in trouble but I can't serve you alcohol and I can't give you the ID back.”

Despite the potential awkward moments that might arise from the work she does in her position, Bohm feels strongly that adhering to the policies of the Union helps maintain a positive experience for all customers.

“We do have a very strict alcohol license to follow, but we want to continue to abide by these rules because a ton of people would be super disappointed if this privilege [of drinking at the Union] was taken away,” Bohm said.