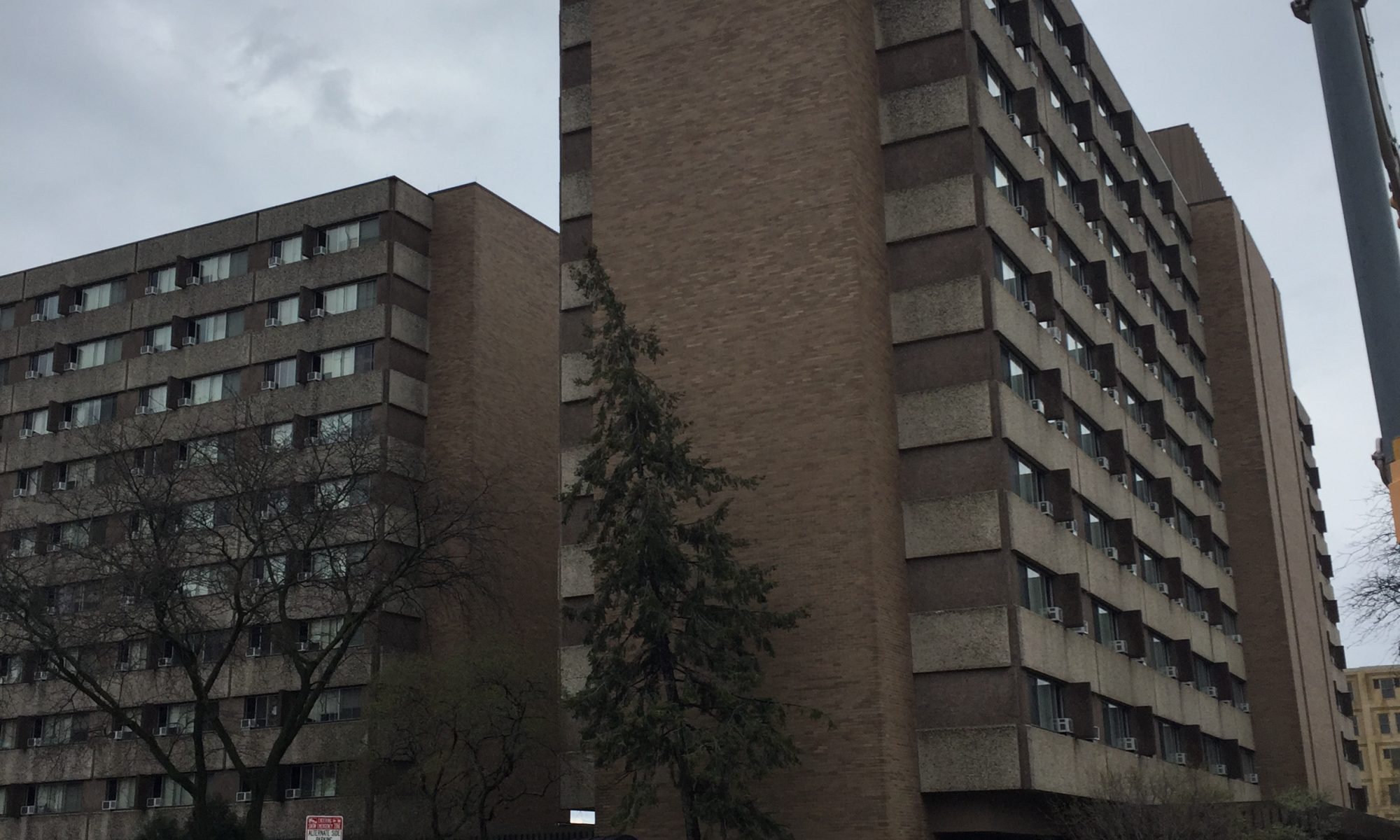 Tension fills the air, angsty slurs are muffled, and pride for their home turf is abundant. Suddenly, a student is pelted with something sharp, cold, and wet. The battle for Bascom has begun.

Every winter, University of Wisconsin-Madison students gather on Bascom Hill to partake in a snowball fight. This battle has the Southeast dorms pitted against the Lakeshore dorms, and they must duke it out in the snow for the ultimate bragging rights.

Although this fight often sparks competition between the two residence hall neighborhoods, students say there is not a rivalry, but rather contrasting lifestyles that differentiate the two.

There are eight residence halls in the Southeast neighborhood and ll in the Lakeshore neighborhood.

Location is not the only thing that sets these neighborhoods apart though. Students describe the Southeast neighborhood as much more social compared to the Lakeshore neighborhood.

Trevor Graber, a freshman currently living in Sellery Hall, said that before he came to campus he heard that the Lakeshore dorms were less social, quiet, and at times boring.

“I chose to live in Southeast so I could meet people that I would hopefully like,” Graber said.

Ethan Wilen, a freshman also currently living in Sellery Hall, said his reason for choosing to live in the Southeast neighborhood was similar to Graber’s. Wilen said he was told by older students that the Southeast dorms would be more social.

Wilen describes hanging out in floormates rooms’, playing basketball outside, and getting food on State Street as some of the social activities he participates with the people on his floor.

Wilen said the social scene perpetuated in the Southeast dorms is part of college culture. He said that students desire this social atmosphere and are aware of it prior to arriving on campus.

“You come here knowing you probably won’t be studying a lot in the dorms, but just enjoying the social aspects,” Wilen said.

Graber agreed with Wilen, saying that the social atmosphere of the Southeast dorms can take a toll on studying habits.

“My grades would honestly probably be better if I didn’t live [in Sellery Hall],” Graber said.

Garrek Wierzba, a freshman currently living in Cole Hall, said he did not want to live in the Lakeshore neighborhood prior to coming to campus because, like Graber and Wilen, he had heard negative things about the lakeside dorms.

Wierzba described feeling disappointed when receiving his housing assignment and thinking that living in a Lakeshore dorm would be a “horrible” experience because of the lack of things to do.

“Lakeshore was like you just live there and that was it, whereas Southeast was a lifestyle,” Wierzba said.

However, after living in a Lakeshore dorm, Wierzba said his opinion of the neighborhood has changed. Wierzba said he made a lot of friends on his floor and that they do not have a hard time finding things to do in their free time due to their access to the Natatorium and outdoor recreational facilities.

Wierzba also said that he thinks the social atmosphere present in the Southeast dorms is due to a pressure that the students feel to go out and party.

“It seems like there’s an overlying pressure with the culture to keep up and stay socially relevant,” Wierzba said.

Luke Brockley, a sophomore who previously lived in Leopold Hall, agreed with Wierzba, saying he felt that there was an expectation for people living in the Southeast neighborhood to party.

Both Wierzba and Brockley said they do not feel this pressure is something present in Lakeshore dorms.

“It feels like [students living in Southeast dorms] have to go out on the weekend, whereas I’ve never felt that on Lakeshore,” Wierzba said. “If I want to stay home and play video games all night, no one thinks I’m uncool for that.”

Abi Miller, a senior who is a desk manager in both Southeast and Lakeshore dorms, said from a front desk perspective she has seen the difference in the social atmospheres of the neighborhoods.

Miller said this difference lies in the number of students going out on a Friday night in Southeast compared to Lakeshore.

However, when referring to her personal experience living in dorms, Millers said there was a social atmosphere present in all the dorms, both the ones she lived in, Waters Hall and Dejope Hall, and others that she visited.

She said that the Lakeshore dorms did have the more relaxing and quiet atmosphere that many people expect, but there was also a social scene, therefore students had could have the best of both worlds.

Socializing with people in her residence hall, enjoying the recreational facilities close by and having nature at her fingertips, allowed Miller to have an incredible dorm experience, she said.

Wierzba agreed with Miller, saying that having a soccer field and gym so close to his dorm makes his experience a lot better.

“[Lakeshore dorms] are far from State Street, but they are so nice in terms of any sort of recreation,” Wierzba said.

Wierzba and Miller both said that enjoying nature and taking advantage of the soccer fields, volleyball courts, or lakeshore path are benefits that students living in the Southeast neighborhood cannot enjoy on a daily basis.

However, regardless of the location of the dorms, students can agree that living anywhere on Madison’s campus is made special by the close proximity to both Lake Mendota and Lake Monona.

Whether it be playing hockey in the winter, enjoying a sunset on the Mendota Terrace, or biking along the lakeshore path, the adventure and unity that the lakes foster, make campus feel like home.

Before arriving to the UW-Madison campus, students already have a preconceived idea of what the residence hall neighborhoods are like.

Trevor Graber and Ethan Wilen, freshman at UW-Madison, were both told by older students that the Southeast neighborhood was fun, upbeat, and party-oriented, while the Lakeshore neighborhood was quiet and boring.

The priming students receive from other students, family, or friends before coming to UW-Madison is not harmless. This priming can have an effect on how students view their upcoming college experiences.

Before arriving to campus, Garrek Wierzba, a freshman at UW-Madison, was also told by an older sibling that the Southeast neighborhood was more social than the Lakeshore neighborhood. When he received a housing assignment for a Lakeshore residence hall, his excitement for the coming year decreased.