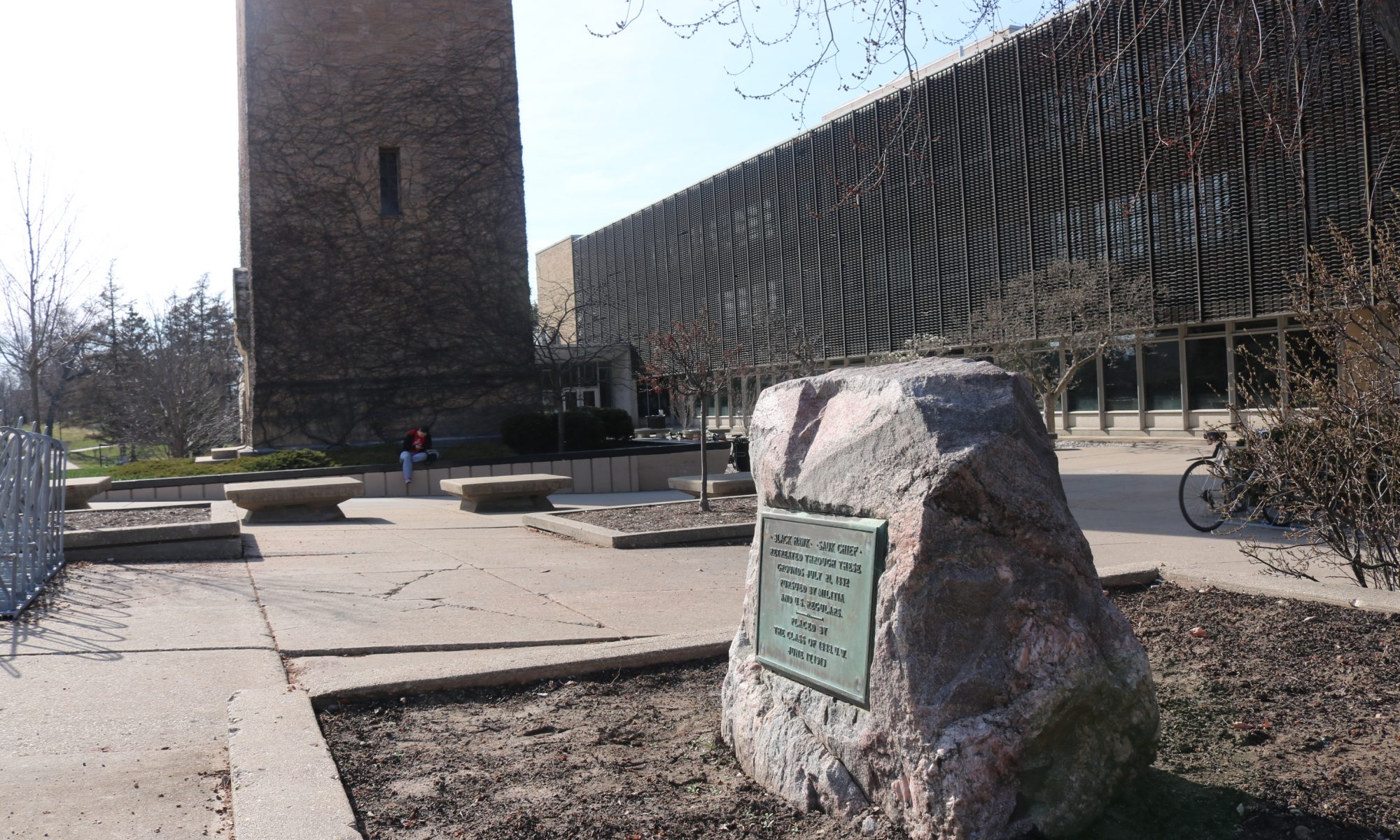 Chief Black Hawk and his band of Native American crossed through this area on their way to the Mississippi River, according to the Wisconsin Historical Society. They were pursued by “militia and U.S. regulars” who killed most of the Native American as they reached the Mississippi River even though they attempted to surrender. Chief Black Hawk escaped, but was later captured near Wisconsin Dells and sent to Washington, D.C. He later settled in Iowa until he died. The area near current-day Elizabeth Waters residence hall was once home to a Native American encampment, according to a UW-Madison cultural landscape inventory. Anthropologist Charles E. Brown said in 1936 that the area was home to many Native Americans and the settlement extended through the current-day picnic point. The site dates somewhere around 800 B.C.E. to 1650 C.E. This Native American mound is in the shape of a bird, according to the UW-Madison cultural landscape survey. The figure has two large wings in the foreground which can be difficult to see from ground level as they are not as tall as the body of the bird. The mound is about 1,000 years old, dating between 750 to 1000 C.E. This mound is in the shape of a two-tailed water spirit, according to the UW-Madison cultural landscape survey. The mound may represent a being like that of a turtle. It has two legs in the background, two legs in the middle and two tails in the foreground. The two mounds on Observatory Hill are separated by a sidewalk which cuts into parts of each mound. Daniel Einstein, Historic and Cultural Resources Manager at UW-Madison Campus Planning & Landscape Architecture, said there are talks of removing the sidewalk to re-join the mounds. He added there are many steps along the way before this will happen, like speaking with representatives from the Ho-Chunk nation and the Wisconsin Historical Society. These mounds are part of a collection of four mounds, but two of those mounds have been destroyed. Agriculture Hall was completed in 1903 to accommodate the rising number of students in the field of agriculture. However, it was built on top of one or both of the Indian mounds in the Observatory Hill collection, according to “The buildings of the University of Wisconsin” and the cultural landscape survey. One of the mounds was thought to have been another water spirit, resembling a panther and the other was a linear mound.