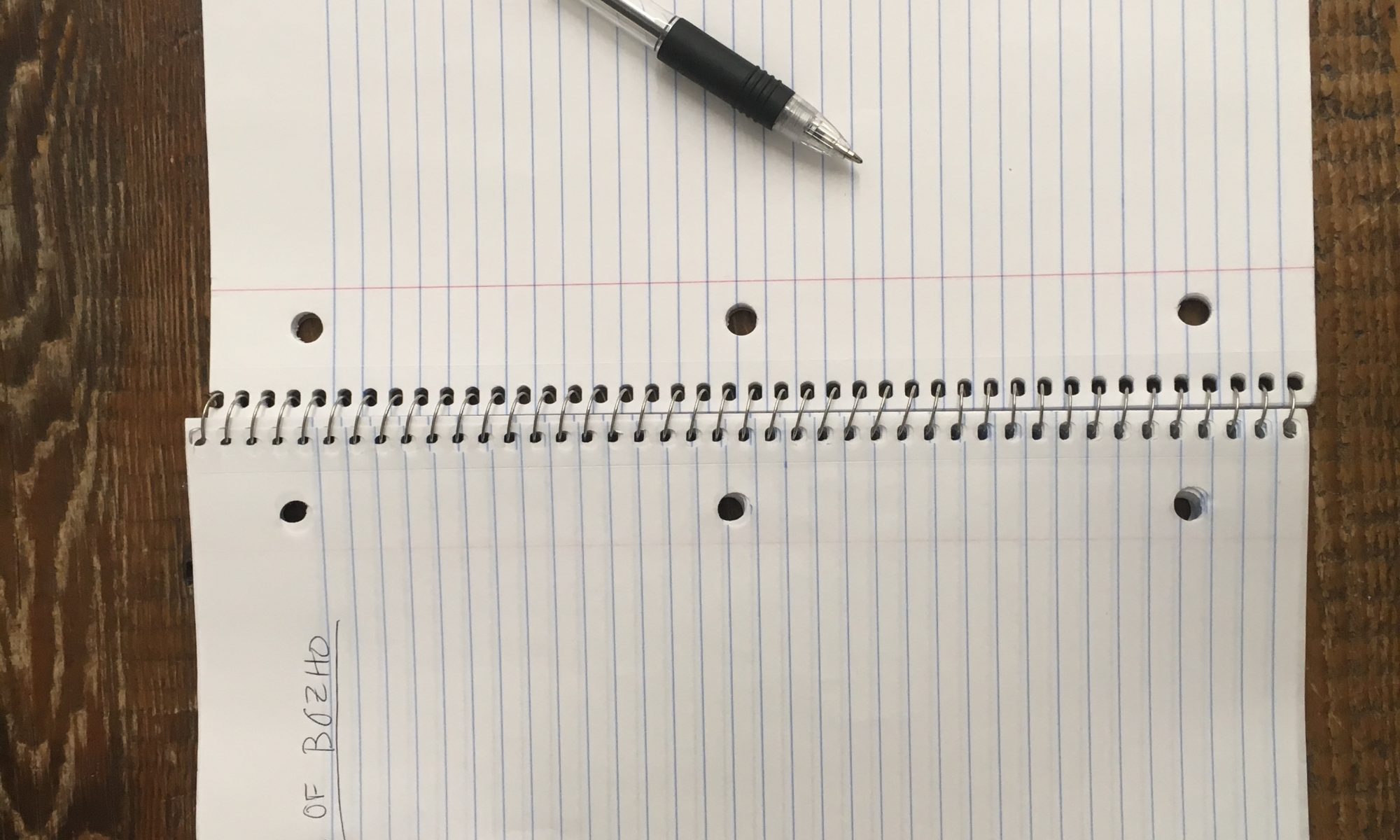 In texts going all the way back to the Bible, water appeared frequently in literature as metaphorical and physical entities. Water forms the sea in Homer’s The Odyssey, Jay Gatsby dies by gunshot while swimming in his pool. It symbolizes new life, connects lovers and fuels life. Writers have a thing about water, according to Christine DeSmet, the director of UW-Madison’s Write-by-the-Lake program.

This “thing” includes finding stories in the water, sometimes literally, for writers. Addie Hopes, a UW-Madison Ph.D student in literary studies, found such a tale to focus an essay on — Bozho, a mythical sea monster that inhabited Lake Mendota.

DeSmet said writers are inspired by lakes, particularly by Madison’s lakes, in various means not directly within the body of water.

Writers sit in class for three hours each day, but the focus is on giving writers time to make progress on, and eventually complete projects. DeSmet said with the inspiration of Lake Mendota, writers participating in the retreat can take advantage of the infamous Terrace view.

Several program participants published work they made progress on while at Write-by-the-Lake. Bibi Belford, an author of young adult fiction novels, won a Christopher Award for her book Crossing the Line. She’s attended the program three times, once participating in the master class. She compared working with professional instructors at the retreat to playing tennis with somebody who’s better than you — she said you achieve up to the level you’re playing with.

In the afternoons, when writers were free to attend workshops or write on their own, Belford said she often perched on a sunburst chair at the Memorial Union Terrace. Lake Mendota, whose tides push against the Terrace, influenced sounds and scenes within her work in which characters are on or near a lake.

“Some people have a muse that they always talk about when they write, and mine is being outside,” Belford said “I write better outside. I think that the fresh air just makes me more alive and in tune with my senses.”

Hopes’ muse is a story itself, a tale of a serpent whose appearance morphs with each telling. Her Mendota-inspired story focused on Bozho’s history going back to the old telling of water spirits among local Ho-Chunk tribe members.

Her writing about lakes was hereditary; she grew up hearing her parents’ stories of sea serpents and drowned spirits, which caused Bozho to pique her interest. She has written other dark lake tales, as much of her lake-related writing focuses on their poor health.

In the late 19th century, according to Hopes’ essay, serpent sightings were common. Articles described the object as shaped like the bottom of a boat, but twice as long. Bozho was a tricky monster not to feared, as Hopes wrote in her essay, “An Ode to Madison’s Lake Monster.”

Stories included a UW-Madison students spotting a yellow-eyed creature tickling her feet as they sunbathed on a dock, or another student finding large scales along the shore. However, sightings and tellings of Bozho waned as the 20th century went on, and are told infrequently nowadays.

Hopes guessed the decrease of sharing Bozho tales relates to the scientific-minded research Madisonians drift toward in current, “enlightened” times.

“There is a modern impulse to disconnect from the lifeworlds around us, particularly those that feel mysterious’ or not entirely within our control,” Hopes said. “Really, though, it is all very, very strange, and if we were paying attention the lake monster would seem like any one of many weird wild beings in [the lake]!”

Hopes said lakes provide a mysterious, terrifying feeling. Lakes sustain land-dwellers, but cover up a whole world that humans have only glimpsed and is not entirely comprehensible. She said writers have expressed these questions in their works.

“Water is an ancient powerful force, cycling through all earthly life, and I think it helps us human beings to grapple with how fleeting, how insignificant, and how vulnerable we really are,” Hopes said.

Hopes added water is going to pop up in literature in different ways, shifting to looking at lakes in a sociocultural context. As environmental factors worsen for water — water becomes more acidic or storms destroy cities, for example — Hopes said writers will use words to understand

“Writing on Water,” a compilation book published by the Massachusetts Institute of Technology Press contains photographs and writing that illustrate human’s connection to water. The book’s summary said “Water links all aspects of our existence,” which may explain why high school English courses teach water as a symbol of baptism, while some writers focus on unseen or too-real monsters within waters.

Water links existence in the simple way that sitting along Lake Mendota with a beer-filled pitcher facilitates conversations, sometimes resulting in the exchange of creative ideas, like Belford experienced with Write-by-the Lake.

Hopes made an abstract claim that water appears in literature because humans come from water. She said writers question “how our bodies still remember our underwater origins, how we feel a tug toward uncanny liquid universes.”

“We love the notion of the serenity of a lake helping us slow down and focus,” DeSmet said. “Water is also the most essential thing for having life; water gives life. We writers think of our writing in the same way — we must write to have a full and satisfying life.”

Typing by the Terrace

Write-by-the-Lake formed after a collaboration between UW-Madison Continuing Studies division and the English department. The course offers credits for graduate students, but non-student writers can enroll.

UW-Madison and national faculty teach 13 writing topics. Write-by-the-Lake Director Christine DeSmet said the curriculum does not differ from other UW-Madison writing courses (lectures are held in classrooms) except “it’s summer and it’s great to talk about writing while eating ice cream on the Terrace sometimes.”

Writers take classes three hours each morning for five days, and have freedom to write or attend workshops in the afternoon. This gives them enough time to partake in this “mini-MFA” program, as DeSmet put it.

“The objective is to collapse time, double-up on the learning, and help the writers produce viable writing that can meet the standards set by the publishing industry and reading public,” she said. “[Writers] come from around 15 states every year, and return year after year because this retreat and English course has proven so valuable in either starting a project or revising and finishing.”