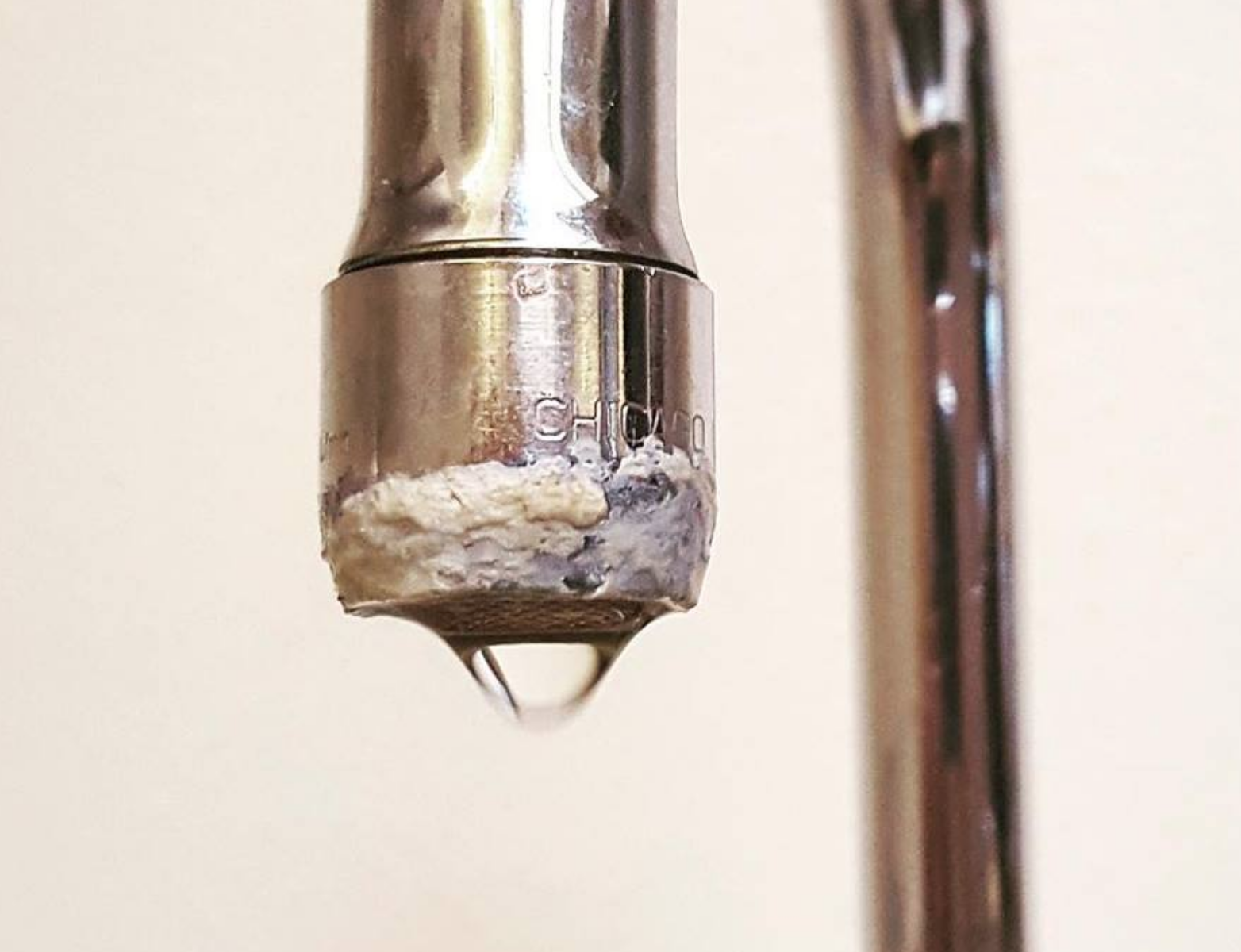 Simply filling a cup with water sounds easy, but in actuality, most people are not aware of the substances gathering in their cups as they turn their faucets, according to University Health Services (UHS) Environmental Specialist Jeffrey Steele.

“The biggest issue our community has is understanding what is in their drinking water and finding out if there is actually a problem in our water or not,” Steele said.

In fact, the Madison Common Council passed a law in 1940 that stated fluoride needed to be put into the water for public health. Yet, time cannot answer for the continued risk that Madison residents still struggle to avoid. Amy Barrilleaux, Public Information Officer for Madison Water and Utility noted that even though Madison does not have to worry about waterborne illnesses, citizens cannot forget what is actually in the water.

“I wouldn’t say Madison faces many enormous problems, but we can’t hide that there are contaminants in our water,” Barrilleaux said.

Ashley Doherty, a UW-Madison junior, said she had never encountered a problem with her drinking water until she moved into The James, an apartment complex near campus.

“The water in my apartment taste like metal,” Doherty said. “I shouldn’t be paying for low quality water. I mean it sucks that my Brita filter is taking out minerals from my water, but I have no clue what’s in the water I’m tasting.”

Most of the time, Madison Water Utility is not at fault, rather Barrilleaux said it is a garbage disposal or the poor plumbing that causes untasteful water,

“When folks call our office and tell us these kinds of situations we always tell them to check with their maintenance first, because it’s usually not our (Madison Water Utility) at fault,” Barrilleaux said.

According to Steele, the water that drains into the sink is cleaned before it is reused.

“A lot of people think that water is filtered and pumped out household faucets again and again, that’s not what happens,” Steele said.  “It percolates down to the water bed and it comes back up.”

Madison’s clean water should always be put into perspective, according to Barrilleaux.

“In Madison, we are lucky that we only deal with water quality issues and not water safety issues like other parts of the world,” she said.

But contaminants in area water is bacteria for which community members need to be made aware.

The Environmental Protection Agency (EPA)  has a mission to ensure communities clean water. The EPA has specific standards of what is considered a determinant to public health. Primary contaminants are bacteria that impose an immediate health risk on people like E. coli and manganese. “The goal is zero,” Steele said. “But we have to remember there is always going to be some byproduct disinfecting our water. Just like oxygen, we don’t just breathe pure oxygen. We are breathing in pollution and other toxins.”

According to Steele, there is no correlation between the taste of drinking water and the substances it contains. Therefore, the the only sure way to determine if contaminants are present is to test the liquid in a lab.

The hard part, however,  according to UHS Occupational Health Officer Jim Morrison, is that not everything can be tested. Labs can only test a specific compound for which someone is looking, and although lead has been removed from the city for over a decade, it is important to understand how each residential area is impacted by these secondary toxins.

“If you live near a chemical industry or if you live near a gas station, it’s really important for people to understand their surroundings,” Morrison said. “If people are interested in ingesting safe water, having it tested with compounds that could likely be primary contaminants is important.”

For folks like Barrilleaux, though, living by cautious landmarks is not a problem. In 1967, the City of Madison drilled her designated well, well 16, right next to a gas station. Adding to the unfortunate location of this, her home sat next to a landfill and adjacent to a storm water prevention pond.

“Ironically well 16 has really good water quality, and possibly some of the best in the city,” Barrilleaux said. “We would never let our Water Utility Team build a well right next to a gas station today.”

Yet, although water testing is important, Madisonians need to understand the difference between water quality and water safety.

However, these secondary contaminants are nothing to disregard. As a result of harsh winter  weather in Wisconsin, road salt has been infiltrating Madison’s drinking wells. Due to the amount of salt dumped onto streets, if there is a well closer to street level, there will be a higher amount of road salt found in the well .

Moreover, to make sure city members are drinking clean water, all drinking water is purified with chlorine.

“There is much controversy behind this idea of adding chemicals to our water.” Morrison said.

Barrilleaux likes to remind everyone to put the quality of water into perspective.

“I try to tell folks in Madison that we really regulate our water and check it regularly, that really can’t be said about bottled water, your Coke or your Pepsi,” she said. “I really want to encourage community members to look at our test results and see what we are testing in the water.”

When Barrilleaux surveyed community members to gauge the reason for their concerns about their water, she found that many did not have an explanation.

“I always ask folks what they are trying to test or filter out? Because many folks don’t know what they are testing,” Barrilleaux said.“They are going according to societal norms.”

Following social norms, many people opt for filters, like those by Brita, to keep in their kitchen for quick access to clean drinking water, but these can actually be worse than tap water.

Although Madison Water Utility can remove secondary contaminants like lead, bacteria can grow and affect the water if people do not actively change their filters.

“Brita filters are actually filtering out minerals in your tap water, a lot of people are not aware of that,” Barrilleaux said.

According to Morrison, testing water is extremely important, especially when  people have weak immune systems.

“You have to be careful because toxins like lead can really affect someone’s health, luckily in Madison we don’t have to worry about that,” Morrison said.

Although Madison does not face problems with waterborne illnesses, Barrilleaux urges people to think and educate themselves about how lucky Madison is to have a clean water system.

“People can always remember, you may not like the way it tastes, but you can at lease with almost all certainty, know you’re not going to end up with a waterborne illness. We are so lucky in the country and we can’t be so picky.”

Water is not just H20, especially when taking a dive into Lake Mendota.

Blue green algae, a toxin found in many bodys of water, is a bacteria that can be determinital to water animals as well as humans. By touching, ingesting or consuming large amounts of this algae, this can cause serious health concerns like seizures.

Steele said he tests the water religiously in the summer time, since the algae is most abundant during the hot seasons. This bacteria has been an ongoing issue where hot pavement runs off into the lake.

According to the Wisconsin Department of Natural Resources, blue green algae cannot be removed overnight. It takes landowners and active citizens to reduce the amount of land fertilizers and nutrient concentrations that act as food for blue green algae.

Last summer, lake activities were shut down because of the concentrated amounts of blue green algae close to shore. Steele has only been working at University Health Services for four years, but was surprised by last year’s encounter.

“Last summer was the first time I’ve ever seen a lot of it and I hope we can condense this issue,” Steele said.