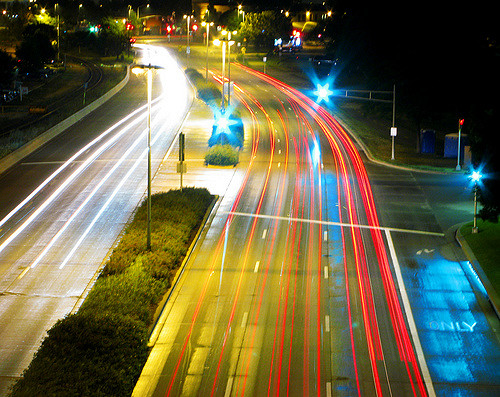 If you haven’t heard of Law Park that’s probably because six lanes of traffic divide it from the city. But a nearly 100-year-old plan looks to integrate the Lake Monona lakeshore with the downtown.

Click on the photo to learn more or read on to learn about how UW-Madison students are getting involved. While Madison, Wisconsin is nestled between two lakes, it can be easy for one to forget they’re living on an isthmus when surrounded by tall city buildings, but a multi-million dollar plan looks to make that change, with help from UW-Madison engineering students.

The Nolen Waterfront Vision calls for a two-decked park to be built over John Nolen Drive, as well as the railroad corridor. The land bridge would connect Lake Monona and Capitol Square at Law Park, a spot many say is cut off from the rest of the city. The decked park would also offer a boathouse that will be used as a visitor center.

While many call the plan innovative, it is nothing new; John Nolen came up with the project in his 1911 plan “Madison: A Model City.” Nolen was inspired because he thought Madison offered one of the best waterfronts in the world, but his design was never realized, according to an article from the College of Engineering website.

Additionally, the boathouse is one of several Frank Lloyd Wright designs that were never constructed. It will sit near the Monona Terrace, one of Wright’s other buildings.

In May 2017, the project secured a grant from the Madison Community Foundation for $27,500 and last fall, $500,000 was set aside in the city’s budget for the park’s design and planning process. That amount will be used over the rest of this year and through 2019. With that money, the city will ask firms to create a park master plan.

“I think everyone already knows this is a special opportunity for Madison,” said Fred Klancnik, adjunct UW-Madison professor of civil and environmental engineering. “It’s one of these once-in-a-lifetime opportunities. It’s not a neighborhood park. It’s not just a community park. This is a park that can have a major impact.”

In response, both sums led a few local news organizations to update the public about the project. But for all the excitement surrounding the Nolen Waterfront Vision, Madison Mayor Paul Soglin told The Cap Times that it isn’t a major focus for the city due to the longer time frame construction will require.

“Given the present leadership here in the state and in the White House, given the backlog of other road projects in the state, I would say even if Madison were to urgently push for it, we’d be talking construction in no sooner than 15 to 20 years,” Soglin said.

UW-Madison students also got involved. Klancnik, who has been a part of the Nolen Waterfront Vision for the last four or five years, worked with two capstone teams last spring. Both groups developed and proposed conceptual plans for what it would look like.

The plans focused on shoreline park design, creating a bridge between Wilson Street and the lake, and dealing with heavy traffic at the Blair intersection. Throughout the process, students reached out to stakeholders like the local water skiing show group and worked with the parks department and Madison Design Professionals Workgroup, which Klancnik has an executive committee position on.

“There’s a few needs that these designs that the students did addressed,” Klancnik said. “One is a real shortage of park and open space in the downtown area and the downtown area is growing and growing — both in terms of residents and people working there — and visitors coming to the downtown.”

In a request for proposal through the Clean Lakes Alliance — where Klancnik sits on the Community Board — he outlined additional goals for the students including:

This meant his students also worked on solutions to real problems Lake Monona faces, such as shoreline erosion, poor stormwater contamination and lacking quality in pier and park amenities. With the John Nolen Waterfront Vision, Klancnik said residents could enjoy a beach and a swimming area with clear water. There would be opportunities for a kayak launch, fishing piers and dining, he said.

Helen John, one of Klancnik’s students, continued her work on the capstone project after graduating last spring. Along with Klancnik, she is part of the Madison Design Professionals Workgroup, which has worked pro bono on the Nolen Waterfront Vision since 2010.

“Madison — although it has really excellent parks — it doesn’t have a destination on Lake Monona to spend that you can spend a day at and just enjoy the lake, and really connect yourself with the lake,” John said. “That’s the main part of this project. Obviously, we want good water quality, we want it to be connective, but we want people to come to the park, experience the lake, love the lake, want to help it and get some community involvement that way.”

Klancnik invited the Madison Design Professionals Workgroup Executive Committee and Superintendent of Parks Eric Knepp to the capstones’ final presentations. He said they were “very impressed with what they saw,” so the committee decided to form a team to look at the concepts and refine them.

Members of the Madison Design Professionals worked with lead project designer Miles Tryon-Petith on his concept. Through that partnership, Klancnik said the group made the concept much stronger and the drawing more professional.

John lead the other team, Klancnik said. He described her design as an “ecological based concept” involving a harbor. The final plan stayed very true to the original idea, he said.

In the end, land bridges were added to both concepts; one concept had it over John Nolen Drive and in the other plan, the bridge came down from Wilson Street and had an entrance feature not included in the original design, Klancnik said.

The two final student designs and a third that already existed were on display in the James Watrous Center at the Overture Center, but came down in mid-April, Klancnik said.

For John, the experience of working with the workgroup was an exciting opportunity. Continuing her work on the Nolen Waterfront Vision, she said the project would allow the community, city and state to finally enjoy its own signature park — a vital resource for a growing city like Madison.

“A park like this — especially with the first and last Frank Lloyd Wright designs right next to each other — it’s going to draw people in from all over the world potentially to see this. Madison is so great, but a signature park could be Madison’s own High Line or Millennium Park,” John said. “It’s of that caliber.” Many Madisonians are excited about the creation of famous architect Frank Lloyd Wright’s boathouse as part of the Nolen Waterfront Vision. If the boathouse is built, it will be just 1,000 feet or so away from the Monona Terrace, meaning that his first and last designs will sit on the same shoreline.

One of Klancnik’s teams paid homage in their conceptual design plan by adding stone steps — similar to those at the Memorial Union Terrace on campus — to hold the shoreline in place.

“The real opportunities here are to build this Frank Lloyd Wright designed boathouse and have it located just down the shoreline from the last projects that he had designed — the Monona Terrace is an incredible opportunity in terms of tourism,” Klancnik said. “I think also providing these step stone shorelines — it’ll provide a place where spectators can sit and watch Shake the Lake, the Iron Man Competition, water ski shows and so forth rather than just having a pile of rocks sitting there.”

While buzz around the Nolen Waterfront Vision has centered on the boathouse design finally being built, it is not the only design of Wright’s that was forgotten.

About half of Wright’s 33 Madison-based projects never came into fruition, mostly due to creative differences between Wright and the clients he built for, The Cap Times reported. These unfinished buildings include houses for friends, the Phi Gamma Delta fraternity house and The Madison Hotel.