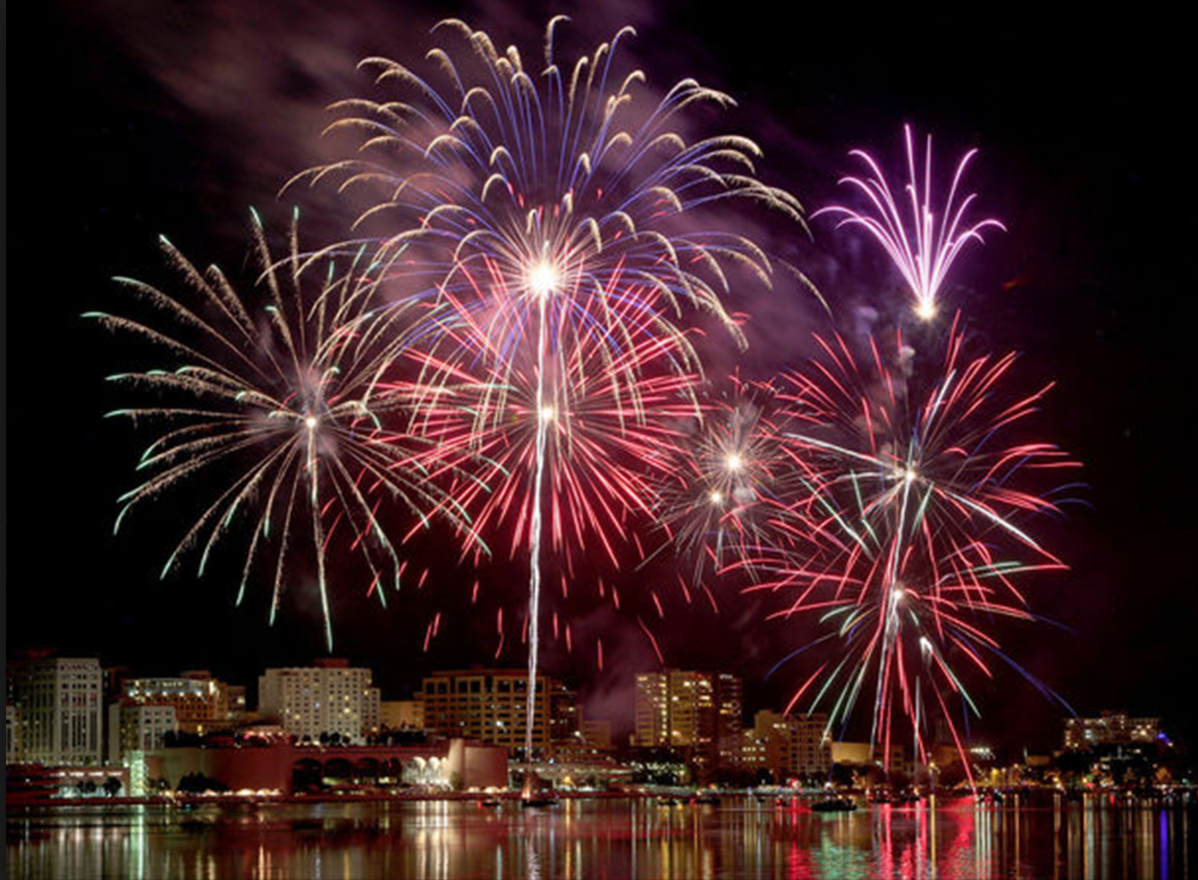 One of Madison’s staple events each summer is Shake the Lake. A day long event that stretches the length of John Nolen Drive with food carts, vendors and musicians galore. Each year people walk up and down the blocked off boulevard that lines Lake Monona while patiently waiting on the evening’s fireworks. As night falls, the street becomes more crowded and the smell of brats and beer become more alluring. Bikers and skateboarders smoothly navigate their way through the large clusters of people–young and old. By 8 p.m., all the families have marked their territories with blankets and baskets, while young children dare to run off far enough to test the boundaries of their freedom.

Like most cities, firework presentations light the torch that signals the start of summer. Madison is no different. Shake the Lake is held at the Monona Terrace on John Nolen Drive giving locals the opportunity to admire the lake’s beauty while waiting eagerly to see the fireworks of the night. This event gives those who may not get the opportunity to enjoy Madison’s scenery a chance to indulge in one of the city’s most prized gems–the lakes.

“Madison is definitely known for its lakes. I think this event celebrates that in a way and shows how important the lakes are to the people residing in Madison,” Hawaou Diallo, a long time Eastside Madison resident said.

Diallo, like many other Madison-natives, has seen the evolution of the city’s firework presentations. Before Shake the Lake, the Northside of Madison was home to the largest firework show in the area, Rhythm and Booms. For more the 20 years, the annual firework show was held at Warner Park. In 2013, when local residents began complaining about the large scale event and the effects it was having on their community, the city began searching for a solution. Due to a decline in financial support from the community and sponsors the event could no longer sustain itself at the Warner Park location, according to an NBC15 interview with the president of Madison Festival Foods, Rita Kelliher.

To accomodate and expand the scale of the event, by 2015, Rhythm and Booms was moved to John Nolen Drive between Blair and Broom street, with the help of the Madison Mallards and Festival Foods and was renamed Shake the Lake.

“The reflection of the fireworks makes it aesthetically pleasing. The view is also a lot better because the fireworks are closer. Rather than just looking at the fireworks itself, like at Rhythm and Booms where the grass was simply underneath, you’re able to enjoy the whole scenery, which I really like,” said Diallo.

Festival Foods is responsible for fireworks all around Wisconsin, including Green Bay, Janesville, Kenosha and many other cities.

For Synovia Knox, a University of Wisconsin-Madison student who was born and raised in Madison, fireworks has always been a big highlight of her summer. Because of Shake the Lake Knox has admitted to an increased appreciation her home city and the scenery it has to offer, “Shake the Lake is always fun because I go with my family every year and you get to put up little foldable chairs and it’s a good place to talk over the ambiance of nature,” she said. “You get to really appreciate the things that are around you. I’ve read that the sunrise and sunsets in Madison are some of the best in the world, so it’s a time to really appreciate that.”

Knox mentioned that in the past the event lacked entertainment for the crowd as they anticipate the fireworks. This year there will be a Kid Zone featuring an inflatable zipline and obstacle course. There also will be a stage for live music with a Minneapolis-based country rock band called The Jayhawks.

As the summer continues to roll in, many begin to plan out their new adventures. In Madison, spending some quality time with the lake is always on the to-do list. Shake the Lake continues to offer a memorable night to adore Lake Monona and to gaze at the sky.

Each year local residents gather in community to enjoy the lake's beauty. This June, the Marquette Neighborhood Association will be hosting its annual Waterfront Festival along Lake Monona. This event is free and open to the public--giving people a way to kick off their summer and appreciate the lake. The two-day long festival will run from June 9-10 at Madison's Yahara Place Park. This 29 year-long tradition will be packed with music, games and food. There will be two music stages and local vendors and food trucks on site, according to the MNA website. Musical performances for this year’s festival will include, Protege The Pro, Radio Free Honduras and Michael McDermott. For younger guests, there will also be a children activities such as a Dandelion Dash kids race and more. Serving one of Madison's prominent Eastside communities since 1969, The Marquette Neighborhood Association (MNA) is a collection of residents interested in fostering neighborhood participation and community. MNA also helps organize a number of festivals each year, including Fête de Marquette, Orton Park Festival and the Willy Street Fair.