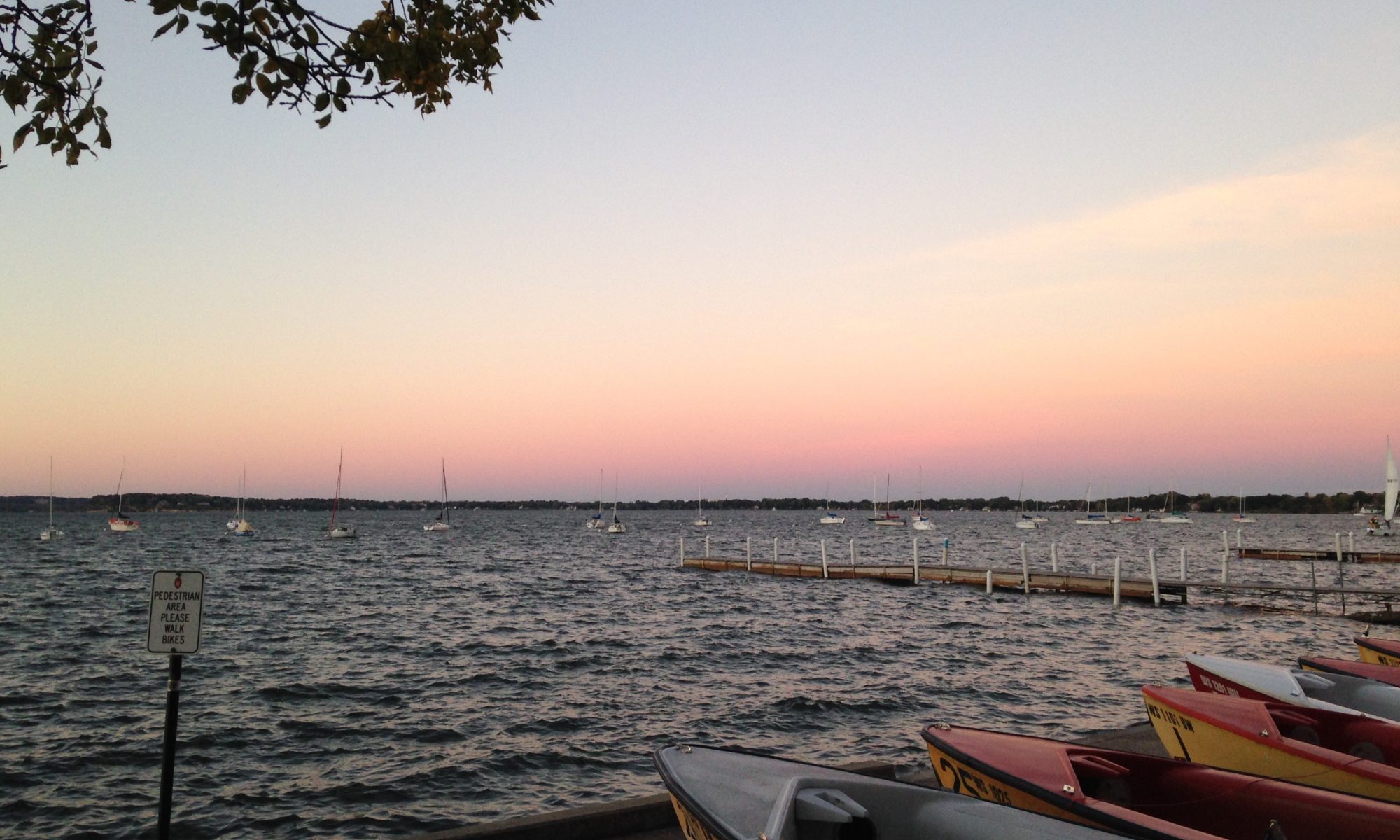 Lake Mendota and Lake Monona are the two lakes that create the isthmus that is Madison, Wisconsin. Lake Mendota, the larger of the two lakes, borders a large majority of the University of Wisconsin-Madison. On the other side, Monona Terrace and the Capital City Trail bike path border Lake Monona.

Despite the endless opportunities that the lakes provide, only eight restaurants lie on or within the waterfront. On Lake Mendota these restaurants include Nau-Ti-Gal, Captain Bill’s, Mariner’s Inn, the Boathouse at the Edgewater and two boats from Betty Lou Cruises. Paisan’s Restaurant, Madison Club, Sardine and another two boats from Betty Lou Cruises lie on Lake Monona.

Bill von Rutenberg, co-owner of von Rutenberg Ventures which owns four waterfront restaurants, said that one of the reasons why there are such few restaurants on the lakes is really the cost of property on the waterfront. For a restaurant to purchase a million-dollar property when trying to make a profit could be risky. However, a private property would be less concerned about profit margins.

Despite the small quantity of restaurants on the lake, the von Rutenberg family owns half of these restaurants. The family got its start in the restaurant business when Bill and his wife Betty opened Nibble Nook, a hamburger spot, just off the Capitol in 1961.

Five years later they opened Mariner’s Inn, a steak and seafood restaurant with a supper club vibe. This restaurant offers its customers live music on Saturdays with views overlooking Lake Mendota. It also offers patio seating during the summer months but it does well any season of the year, according to Martina James, the manager of Nau-Ti-Gal.

In 1982, the von Rutenbergs decided to create a more casual dining experience for their customers by creating the restaurant Nau-Ti-Gal just kiddy corner to Mariner’s Inn. This restaurant also offers brunch on the weekends which has been named one of the best brunches in Madison multiple times. It also offers live music on Thursdays and Saturdays and a volleyball league in the summer.

Not only does the von Rutenberg family own the buildings of both the Mariner’s Inn and Nau-Ti-Gal, they also own the property right up to the waterfront which is something that no other restaurant in Madison can say it does.

Also in 1982, Westport Marine was added by the family along with the offering for customers to dock boats at a nearby pier. The dock is located near Mariner’s Inn and Nau-Ti-Gal allowing their customers to come to one of their restaurants on boat. Today, they also offer boat slip rentals for the entire season, daily and weekly.

The next addition was Captain Bill’s in 1993, which offers a more affordable seafood option for locals and tourists. This restaurant is located across Lake Mendota from the other two restaurants. It offers unique signature dishes that differ from the other two locations.

The final addition to the family was the Betty Lou Waterfront Cruises which came in 1998. The cruises provide their customers with both private and public charters that operate April through October. There are a variety of menu option and time lengths with amazing views on both Lake Mendota and Lake Monona.

While Bill and Betty are no longer as active in the business, their sons Bill, Jack and Robert have carried on the tradition. Even though the original restaurant, Nibble Nook, closed, people still mention the hamburgers.

Bill Sr. said that Ron Dayne, a former UW-Madison football player who lives with his family in Madison, frequently visits the restaurants because they offer some separation from downtown. Bill added that while Dayne enjoys interactions with his fans, restaurants separated from the heart of downtown give him the ability to spend time with his family.

Bill mentioned that they have thought about expanding their restaurant business to Lake Monona with a waterfront property, however, they opted not to. The family also has little interest in expanding outside of the Madison area.

Some restaurants on the waterfront aim to transport customers away from Madison. Susan Schuller, Manager at Sardine, a French and Mediterranean inspired restaurant, said that they aim to take their customers elsewhere. “That’s why people go out to eat,” Schuller said.

Sardine has floor-to-ceiling windows on either side of the restaurant that provides its customers with views from anywhere throughout the restaurant. While customers will wait for the seating along the windows and patio, those who choose not to may be awed with the view they do have from their table.

Schuller said Sardine likes to to tailor its services to its consumers. “There are oysters and champagne for those who want it, as well as patio seating and a burger and beer for the guy who is wearing tight cycling shorts who just came off the bike path,” Schueller said.

Without televisions throughout the restaurant, the entertainment has become the view for these diners. Sardine is the true waterfront restaurant on Lake Monona in addition to the Betty Lou Cruises.

Another restaurant on Lake Monona is Paisan’s with Italian cuisine offers views but removed from the waterfront. Paisan’s offers their customers patios in the summertime so that they can experience the views.

While some might think Paisan’s has a disadvantage with not being on the waterfront, Will Borowski, manager at Paisan’s, says they have less challenges than those on the water. They may have the occasional wind on the patio they rarely have any other issues such as bugs and flooding to deal with.

While there aren’t many restaurants along the lakes in Madison, these each of them offer something entirely different to the locals and tourists in Madison. Whether it’s a family-owned supper club or a trip to France, Madison has waterfront restaurants covered with their amazing views.

Lake Mendota offers the convenient option for boat owners to tie up their boats near downtown to explore on land and even head to their favorite waterfront restaurants. Across the isthmus in Lake Monona, docking boats is prohibited despite the high amount of recreational activity that takes place on Lake Monona. According to Susan Schuller, Manager at Sardine restaurant, getting a permit for a commercial dock in Lake Monona is virtually impossible because these docks can hurt the quality of the water. She hopes the City of Madison will reconsider their stance on the docks as it restricts people from exploring downtown.