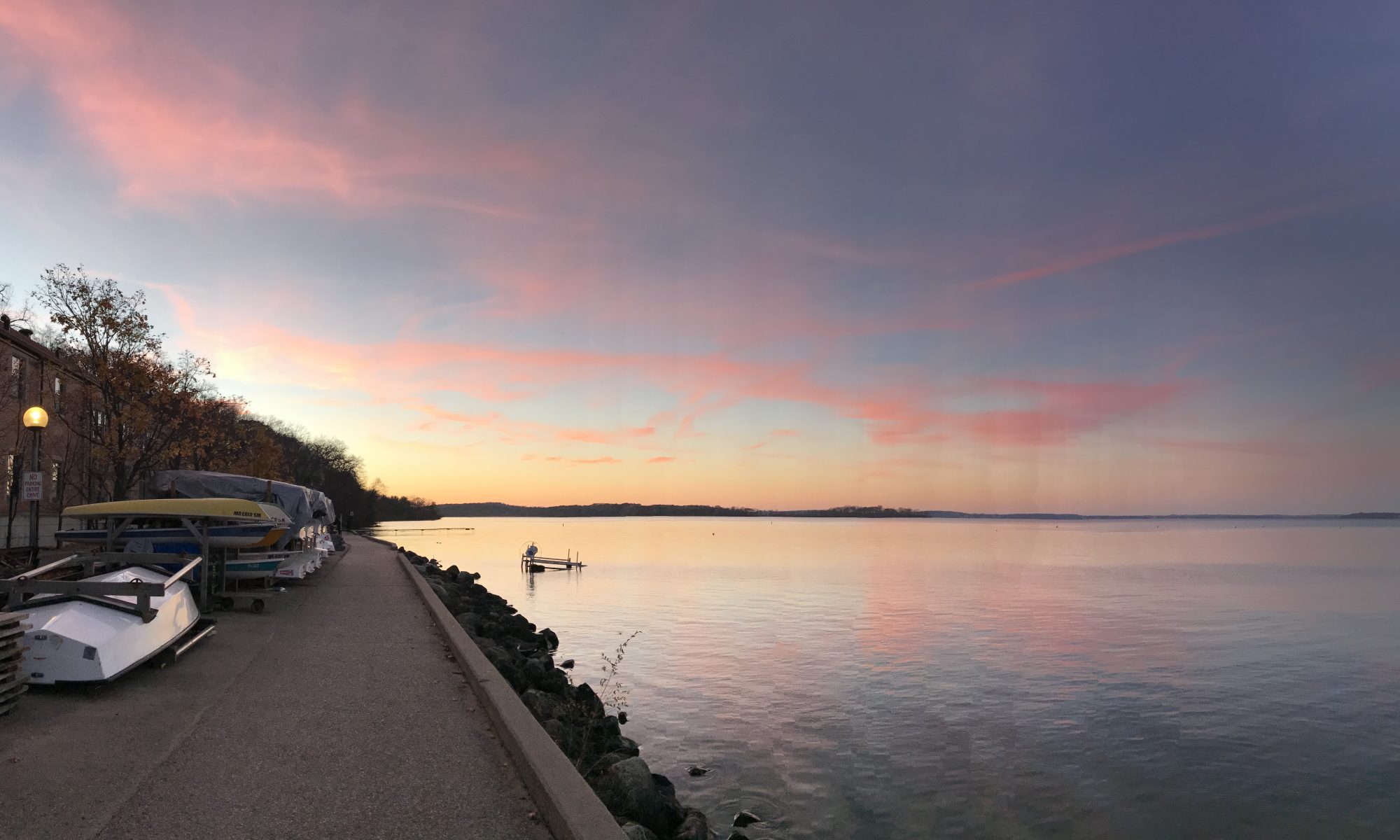 When it comes to climate change, the minds of many Wisconsinites immediately go to how the temperature changes. But for University of Wisconsin-Madison assistant professor Hilary Dugan, the bigger concern revolves around Madison’s lakes and rainfall.

Dugan, who teaches within UW-Madison’s Center for Limnology, said there are projections that Wisconsin’s rainfalls are going to come in bigger storms. Instead of storms with two inches of rain, there might drop four or five inches. There won’t necessarily be an increase in the number of storms, she added.

With larger rainstorms, comes more landscape material being washed into the rivers and lakes, Dugan said.

“For the Madison lakes that big problem is you have these huge inputs of nitrogen and phosphorous which are coming out of farm fields,” Dugan said. “So, in the spring when there’s no crops out yet and there’s manure on the fields, if we get a big rainstorm, it just washes all that manure into the lakes. What we’re seeing is more of these big events.”

But that’s not to say changes in temperature aren’t important, Dugan said.

She said algae blooms are big deals in Madison lakes. Most of the algae blooms are not toxic, but some are. Warmer temperatures combined with nitrogen and phosphorus runoff creates a greater risk for toxic algae blooms to grow and proliferate, she added.

It now takes one and a half times longer to produce the same amount of walleye in Wisconsin’s lakes as in 1990, the Minneapolis Star Tribune reported.

Interim director of sustainability education and research Cathy Middlecamp emphasized fish aren’t the only organisms impacted — there are a number of plants that need winter if they’re going to grow in the summer.

“Some bulbs — like daffodils and tulips — only work if there’s a winter,” Middlecamp said. “There are trees and they have a whole bunch of vegetation that’s used to a certain temperature range that has been pretty stable. Trees can’t just pick up and move and migrate. A lot of things that we have here are stuck as [the] climate is [changing].”

Losing a month of lake ice

Madison’s lakes have one of the longest ice records in the world — with records dating back to the 1850s, Dugan said. The records show during the last century, there has been around one month lost of lake ice — pretty strong evidence for changing winter temperatures, she added.

From 1850 to 2010, Lake Monona has seen 35 fewer days of lake ice while Lake Mendota has seen 29 fewer days, according to data analyzed by Climate Wisconsin.

Dugan explained both sides are changing. There are later fall freezes and earlier spring thaws of the ice.

“[Climate change] is reducing the amount, the duration and the thickness of the ice in the winter,” Middlecamp said. The decrease of the number of days of ice on the lake has potential to negatively impact ice fishing, which can negatively impact the economy, Dugan said. She added fishing is just a way of life, and the loss of lake ice can really impact the productivity of the lakes, which is already pretty low in the winters.

“We are seeing a steady decrease in lake ice, even though this year maybe it felt like it was the world’s longest winter,” Dugan said.

The city of Madison has a number of initiatives to help clean up the city’s lakes, including a recently announced project to help stop run off and toxic algae from entering the lakes.

“There is no one solution to cleaning up our lakes,” Dane County Executive Joe Parisi said in the release. “Our lakes are irreplaceable and cleaning them up will help our children enjoy our lakes for generations to come.”

But the city’s efforts don’t mean as much if Madison residents don’t become more aware of how their actions impact the lakes, Dugan said.

Dugan stressed the importance of making sure leaves get swept onto the sidewalks instead of being left in the streets.

“Those dead leaves have a lot of nutrients in them and what happens is the leaves will get swept into the streets and down the storm sewers, and the storm sewers get flushed into the lakes,” Dugan said.

In general, she said people need to be more aware that whatever is dumped into the storm sewers will end up in the lakes.

“Madison is a pretty special place because people love to be by the lakes here,” Dugan said. “People, I think, love the city because of the lakes. As the water quality deteriorates you’re not going to want to swim in it and you lose your biggest open space in the entire city basically.”

Something Interim director of sustainability education and research Cathy Middlecamp finds challenging about teaching students about how the climate has changed is knowledge can get lost in a generation — or even less.

Middlecamp said what is “normal” is quickly lost from memory and it’s stunning how fast this can happen. She explained a concept called shifting baselines, where the baseline of what is normal shifts rapidly because individuals don’t have knowledge about the past.

“Many of the students I've had have been saying ‘it's snowing in April, this is crazy,’” Middlecamp said. “I think to myself, well when I was your age, which was 40 years ago, it was snowing in May and occasionally it snowed in June, and snow in April was normal.”

Middlecamp said there will most likely be a time when the lakes doesn’t freeze at all or only freezes for a short amount of time, then that will be considered normal because those people won’t have knowledge of how long the lake used to be frozen.